Orang Pendek: A Cryptozoological Animal in the Sumatran Wilderness

Sumatra’s version of Big Foot, the Orang Pendek is a mystery. With recorded encounters from as far back as colonial times, both locals and the odd outsider have had sightings of an ape-like creature in the Sumatran wilderness. A creature that, by all accounts, is as bipedal as a human—comfortably walking upright on two legs. Some have also claimed that the face is just like a man’s—hence the name orang pendek, which means “Short person” in Indonesian. There are various debates about what the creature could be. An evolutionary offshoot of the orangutan, whose species was split by the cataclysmic eruption of the Lake Toba volcano? An unknown species of very large gibbon? A human-like relative of Homo floresiensis? Or just a case of mistaken identity, perhaps a sun bear or siamang gibbon? Although a few well-known conservationists have seen it, and even with National Geographic funding a two-year project to attempt to camera-trap the creature, there is still no conclusive photographic or physical evidence proving its existence. The mystery remains.

With the recent discovery of a new species of Orangutan south of Lake Toba, could there be another remnant population of great apes hidden deep in the rainforests of the Kerinci Seblat National Park?

Below is a roundup of a number of (occasionally cheesy) television programs that have come out to Kerinci in attempts to answer that question. While their attempts to gather evidence of the cryptid may not always be the most scientific, the videos do give a good taste of the beauty of this incredible region, particularly Mt. Tujuh, and what it can sometimes be like to travel and trek in Kerinci.

(The Orang Pendek segment is only to around the halfway mark)

Short Man of the Forest

So there you have it! After watching those, what say you? A certain reality? Somewhat plausible? Or a complete myth? Whatever you think, make sure to keep your camera handy on your trek through the Sumatran jungle. Who knows? Maybe you’ll be the lucky one to finally snap that elusive picture!

If you’re interested in supporting the ongoing investigation of the orang pendek, consider donating to the work of my friend and local researcher Dally Sandradiputra, who has written a book on the subject, and continues to collect casts of unidentified tracks, potential hair samples, and witness accounts. Come discover Kerinci for yourself! Learn about the region, visit our itineraries page, or view additional points of interest around Kerinci to create your own custom trip. Be sure to check out our travel tips when you’re ready to start planning. Rainforest Road: A Morning and Evening on Bukit Tapan Cloud Forest: A World of Light and Shadow Flights to the Kerinci Valley Remnants of Dusk: Night Falls in the Kerinci Valley 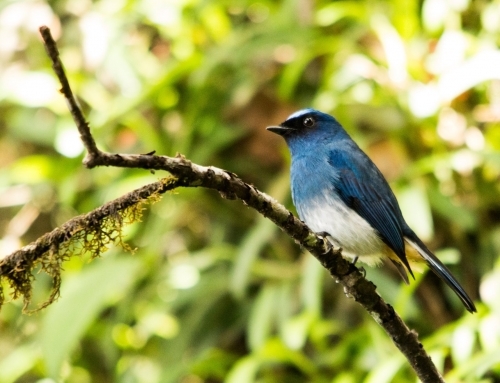 A Morning on Bukit Khayangan